#1 ON AMAZON for GRAPHIC NOVELS
on April 21 2014!
How's that for good news today? I am grateful to all the Outlander fans who have been 'getting' my humor...THANK YOU!! VOL.2 in almost done! 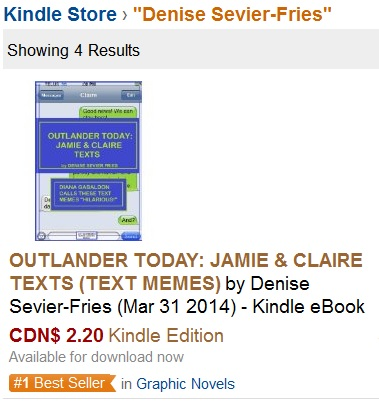 **DIANA GABALDON APPROVED OF THE MEMES!**

Ever wonder what present-day texts between Jamie and Claire would look like?


YAY!! My new wee eBook is out on Amazon! THANKS to all the passionate fans on the biggest and best Outlander fan club on facebook, Outlander Series FB group (link to group) who encouraged me to make it! I FB PM'd Diana herself to ask if the memes were okay as I didn't want to step on her toes in any way, and she said they were a parody and not FANFIC, which she dislikes and discourages, and were HILARIOUS, which she approved of me quoting her! As I say in the opening page, the money earned goes straight to my daughter's University Fund (she has the makings of a very fine writer!). THANK YOU all for your support and know you share Diana's sense of humor! CHEERS!
**UPDATE: I don't read reviews much but see that there is an attack squad bashing this poor wee bookie on Amazon and it is lead by the members of a Hate Group that stalks me (Ishityounot!) consisting of bullies who are pathetically bitter for being banned from the  aforementioned massive FB group I run. Like all writing, however, any attention, even if bad attention keeps the writer relevant, so I must thank these people for the hate that is crushing their souls...it keeps the coffers full. *smug grin*


Please leave a rating on Amazon if you like it! THANK YOU! **click the following text:
OUTLANDER-TODAY-JAMIE-CLAIRE-TEXTS 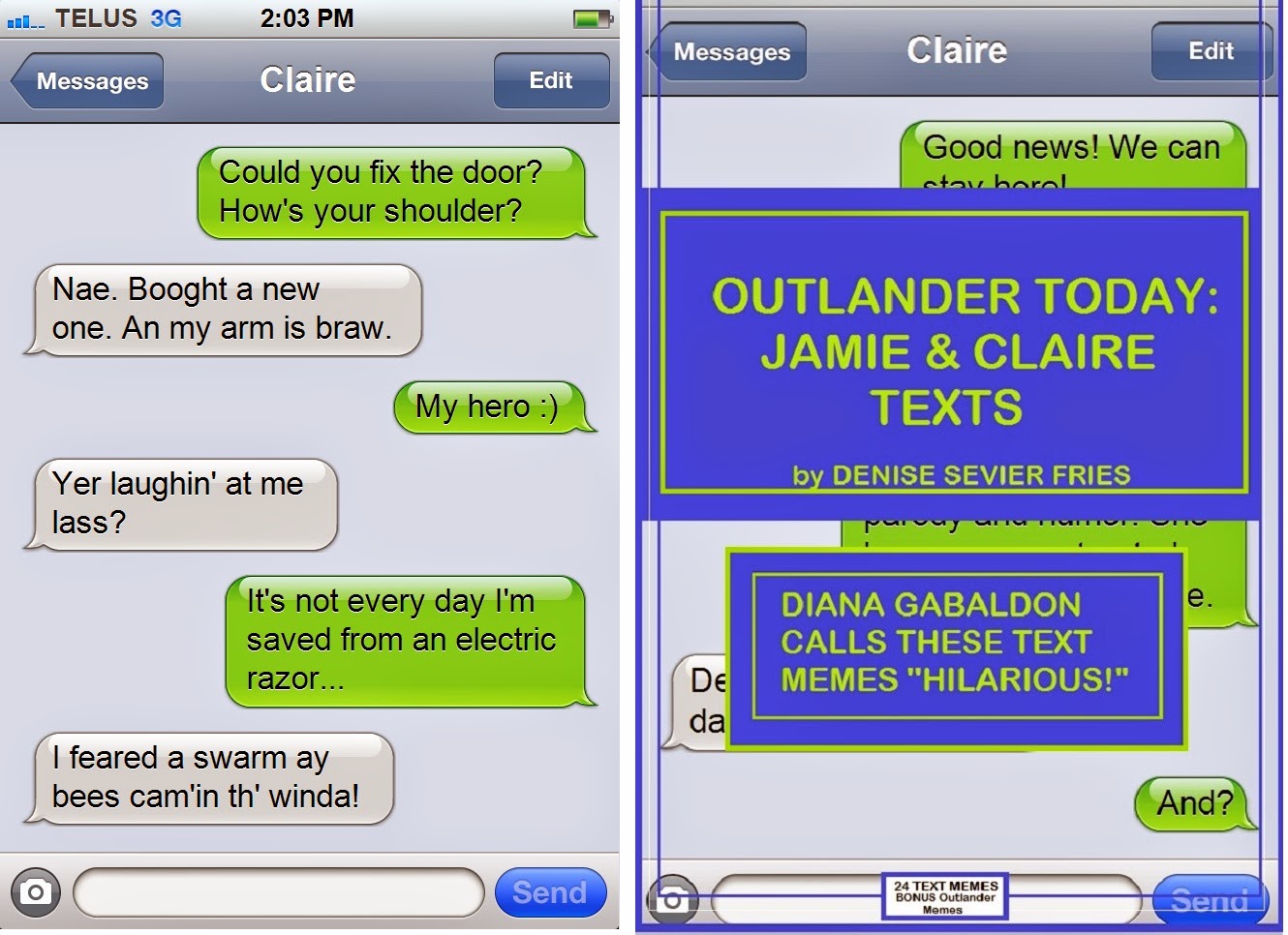 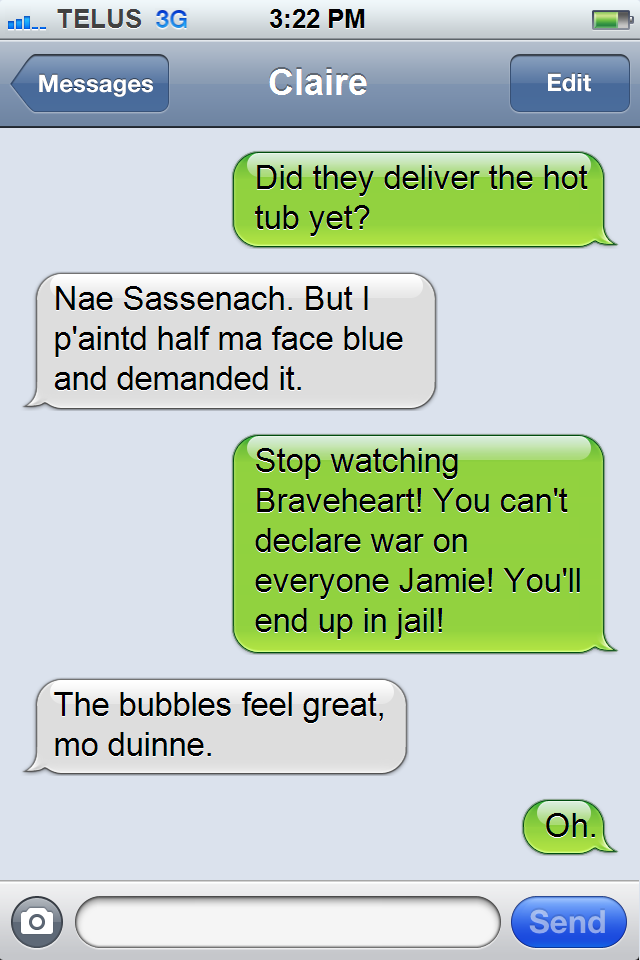 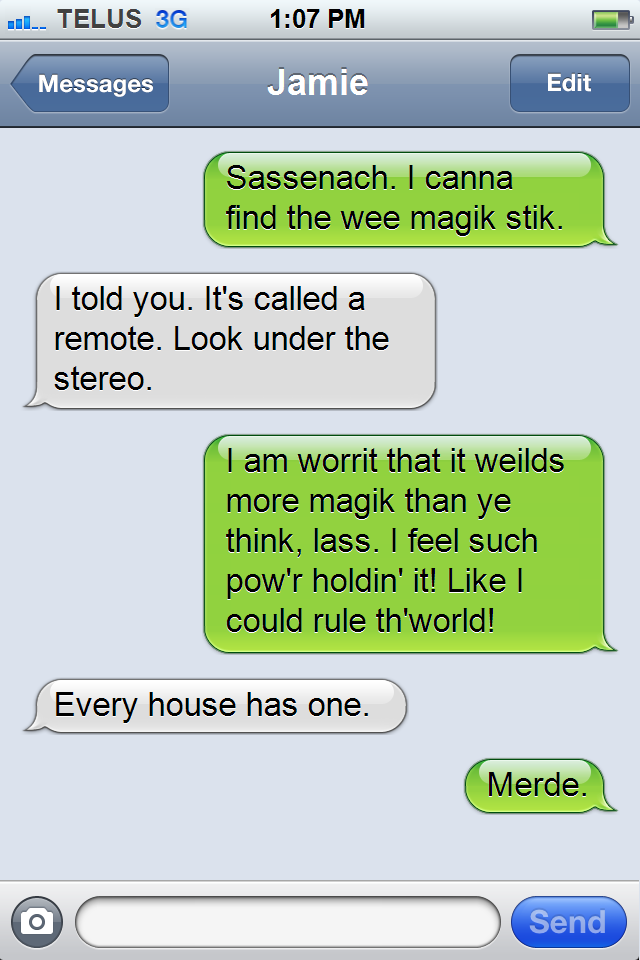 In honor of Diana approving of my parody of her amazing characters: 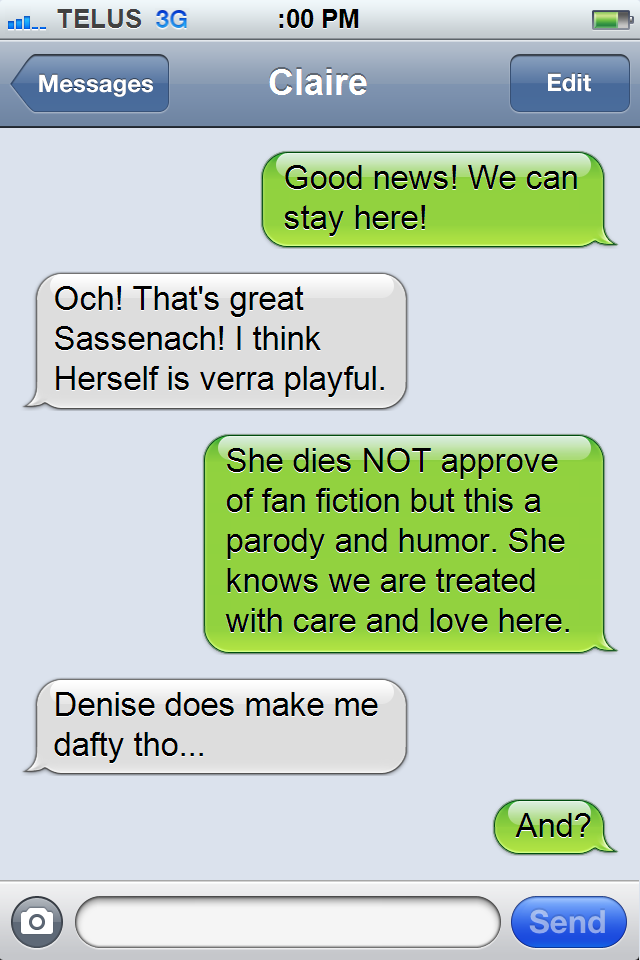 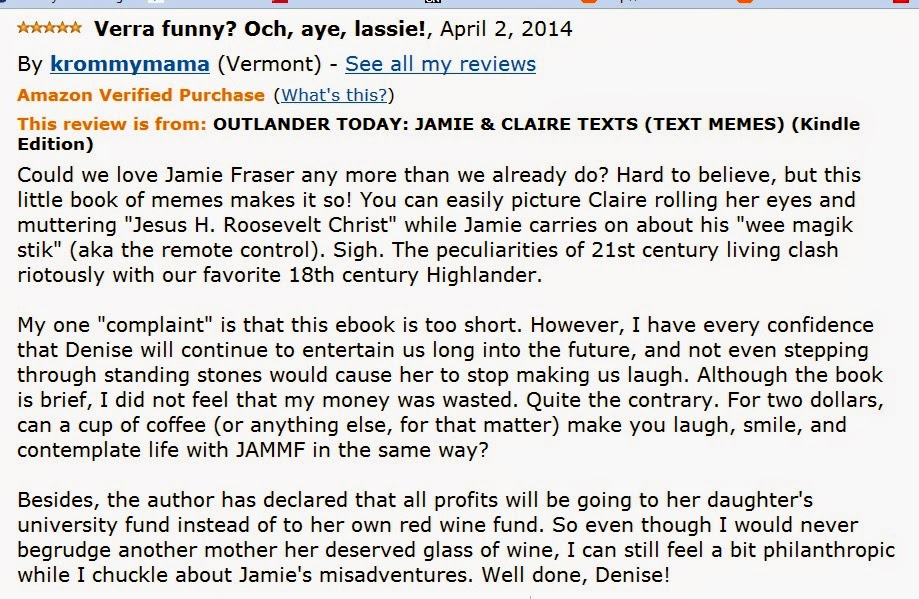 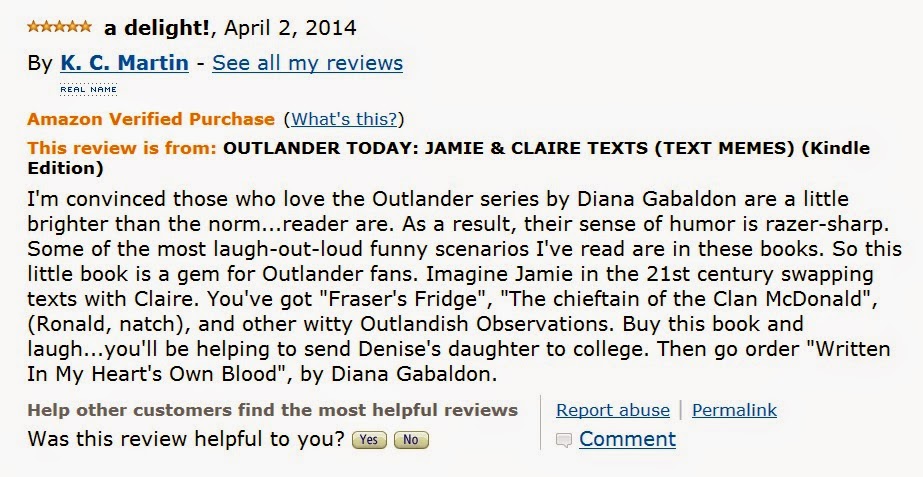 My newest meme: *and Volume 2 on the way! 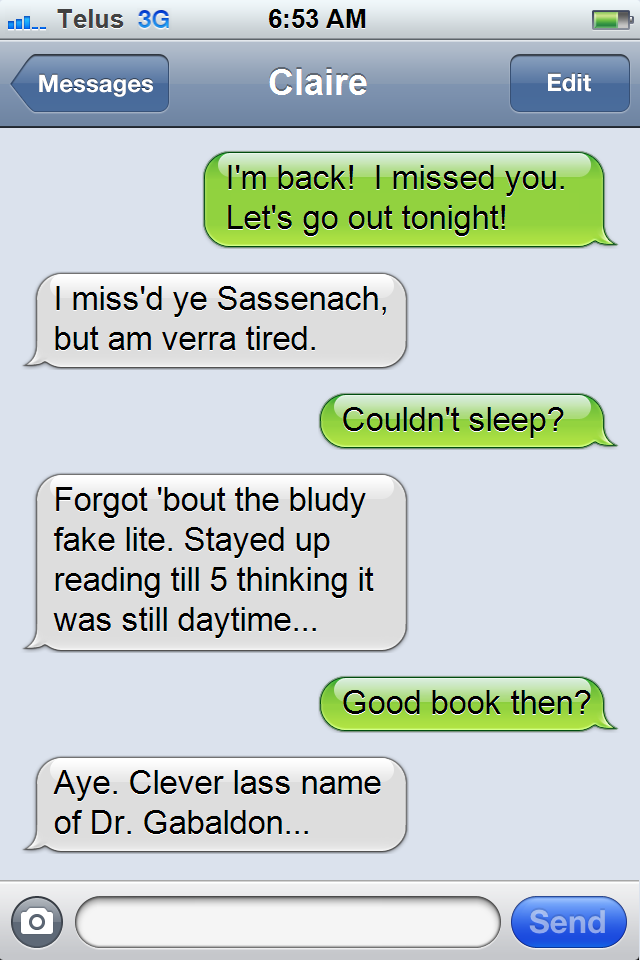 ***Look for my Queen of Memes OUTLANDER post on this blog...take a wee look and have a giggle or two on me... ;) or just click here to take you directly there. 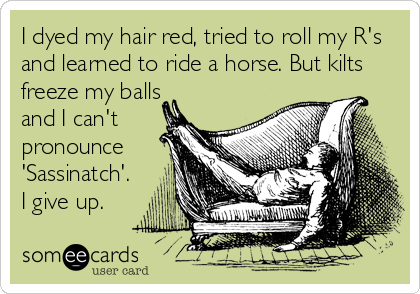 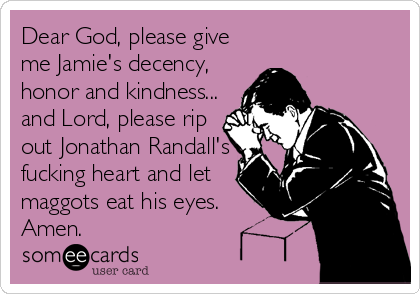