DARTH VADER CHEWBACCA JONES? WHY NOT?

Kyd
Racer
Destry
Rebel
Rogue
Audio Science
Sage Moonblood
And of course...the infamous Apple.
Yes...you guessed it! You’d be in Hollywood! If everyone listed here went to the same school at the same time, this would be the graduation list of children of the rich and famous. Nothing life or death, for sure, but an interesting study of the celebrity mind nonetheless. And I admit, a good chuckle.
I will break the rule here and mention just one surname: actor Rob Morrow named his daughter Tu. As in Tu Morrow.
It must be a medical condition. Some people are just born without the DumbAssIdea gland that monitors ones judgment. It is usually located directly behind the Pituitary gland.
I don’t know...it just seems to me that childhood can be hard enough for some kids without the added stress of a cocaine-inspired moniker. Would you name your kid ‘Fire’? How could you ever call his name out loud without causing widespread panic?
*NOTE- I wave all responsibility for influencing any celebrity who now names their child ‘Fire’. If you have issues with this, call my lawyer. Her name  Krook Skumsucker Brandt. She's in the Yellow Pages.
Posted by DeniseSF at 12/02/2010 04:11:00 PM No comments:

I notice weird things.
They just pop out at me. For example: celebrity names.
When there was massive coverage a few years back about the birth of Tom Cruise’s daughter Suri, everyone was going mad trying to figure out what her name meant and how they chose it. Such a mystery!
Suri comes from the four middle letters of  the name ‘Cruise’. Seemed a bit obvious to me but when I mentioned it to a journalist online, he was stunned and printed my ‘clever observation’ in his next column.
I had noticed the same phenomenon in other famous people. Their names were actually in their surnames:
So...this begs the question, “Is this a key to their success? A lucky charm that brought them fame and fortune?”
If so, I would like you to now call me ‘Buch’. My maiden name was Buchy.
And NO, Chubby won’t work. I am short a B.
Thank God.
Posted by DeniseSF at 12/02/2010 01:04:00 PM No comments: 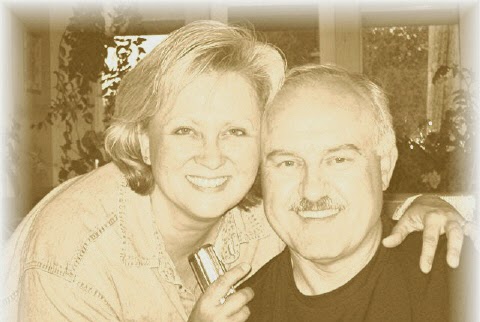