CanadaWrites had a Twitter contest today, Dec 18th for a few hours and I caught the end of it...what a hoot!


The challenge was called Seusstivus and we were to ``to create and define a new Seussian word that best describes an element of your holiday experience.``

Two examples they used were as follows:

Twinkletanglucious: The way Christmas lights always come out of the box in a knot, no matter how carefully you put them away #CanadaWrites

SO...ignoring my plan of spending my day writing the next best seller, I wrote a couple Seussisms... then became COMPLETELY ADDICTED!

There are prizes, so wish me luck. Here are my entries:

faketreespreadaboriculture: spreading the branches of your fake Christmas tree to give it proper shape after being squished inside its box.

Throwthegamenopoly: games at Christmas where parents lose on purpose to see the joy on their child’s face.

Underwhelmedgivitis: the fake smile frozen on the face of someone who is pretending to like their Christmas gift.

Falalalalalalalalaryngitis: sore throat condition after singing too many Christmas carols.

Bluesprucespringsteen: listening to The Boss’s music while decorating the Christmas tree.

Boxingdaylateralepicondylitis: the inflamed elbow condition experienced fighting the crowds for the after-Christmas sales

Chestnutsroastingbyanopenfirehazzard:  when your husband stands too close to the fire after too much eggnog.

Felineornamentaldistress: the frustration of yet another Christmas tree ornament broken by the cat

Voldemortgage: The bank loan you must take out to take your kids to Harry Potter World for the holidays.

Mistletoethreesixtydegreeturnoff: the move you make when you find yourself heading for an unwanted  mistletoe encounter *Yes...I realize that it should be 180 not 360...but I was under pressure man! Give me a break! :)

Gunativity: the culture of putting guns before religion and children (*I actually left this one out. The Sandy Hook inspired tweet was hardly funny)

Canadposttraumaticstressdisorder: the condition of having suffered the LONG lineups at the post office before Christmas.

Showgirlsilverfantail: the long pieces of tinsel that hang from the cats bum, like a dancer from Vegas, after ingesting, but failing, to completely get rid of it.

Twilightheadedness: headache incurred after a back-to-back, vampire saga marathon over the holidays

Gangnamstylepotroastsupper:  when your mother’s holiday roast tastes like horsemeat

Bilbobagginskeddadlemania: the unexpected journey teens take when they hurriedly flee the table and escape doing the dishes after holiday meals.

Ladygagamaggot: how I felt when  a half formed chick came out of an egg I was using for our Christmas  morning omelets.

Fivegoldenlordoftherings: after seeing The Hobbit, the inability to avoid using LOTR references in any and all manners of speech or song during the holidays.

TheodorSeussGeiselObsessionitis: the inability to stop making up Suesstivusisms for Canada Writes!

Great way to stimulate the brain. Now to learn how to STOP thinking about it! aarrgghh!

I've opened a whole new can of worms.

Life wasn't complicated enough, so I decided to put my 'children' out in the storefront window. 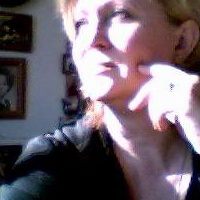