I run Outlander’s largest FaceBook group and it is called Outlander Series (OS) and I am a staunch supporter of Captain Frank Randall (a.k.a.: Professor Frank Randall or Fraaaaaaaaank!). 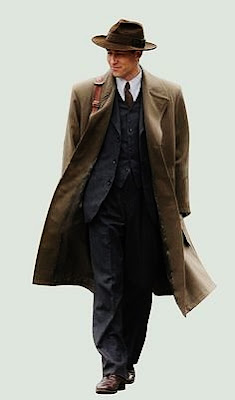 When I defend Frank to Haters, or to those who just don’t care for him much as they see him in a bad light, the questions I am asked to explain are what I call The Big Six:


1) What about Franks affairs during the war?

2) What about all the women who called asking her to divorce him?


3) What about the lipstick on the collar?


4) What about the love note in the wallet?


5) What about Franks saying he thought he was 'being discreet'

6) What about Frank's 'confession' to Rev. Wakefield in the letter?

I could write this response 50 times a day, so I am putting it here instead and just offering the link. It will save my fingers and my sanity (whats left of it).


‘What Abouts’ Answered:
1) What affairs? Show me where he cheated in the war? Yes, he asked Claire if SHE had any and said he would forgive her, but that doesn't mean HE did! The man sees a strange Scotsman looking at his wife from the street as she is up in her room, brushing her hair and what? the guy can't see that as suspicious? Puh-leez. Claire even confesses to the odd kiss here and there during the war! A married woman kissing other men 'here and there'. One could read a lot into that if they wanted.

If you read Diana's Novella 'A Leaf on the Wind All Hallows' (spoiler coming!!) you will know that even after being separated by the war for 2 years, Frank touches his ring with love when he is reminded of Claire. A man who cheats on his wife would never do that (the ring would be in a pocket or left in a top drawer next to aftershave). And remember, we see Frank through Claire’s POV only so it is skewed, and she could be reading things into innocent events. Even Diana defends Frank by saying that Claire is the only one in that marriage that is a known adulterer...so far. 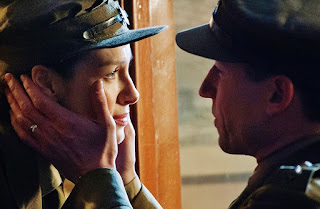 2) Frank is a tall, handsome, successful and very intelligent man. He attracts women, and when he spurns their advances, they may be a wee bit pissed off. And perhaps they want to cause trouble at home as either revenge, or in the hope he may be ‘single’ soon and will be more open to their advances. This may seem unlikely to some but I have first-hand experience in this: many years ago in my small town, an attractive male teacher was accused of sexual misconduct by 3 teenage girls. They were mean little brats and started calling his home and hanging up and finally went a step further and told their parents a concocted story, hoping to get him fired. Apparently one of them had had a big crush on him and he wouldn't take the bait, so she and her friends wanted revenge. I know this because I was called for jury duty. He was found not guilty, but the poor guy ended up moving despite his innocence; damage to his reputation already done. Sad but true.
This is why I can see female students doing this to Frank. And it is hardly his fault.


3) See #2 and also, THERE WAS NO LIPSTICK ON A COLLAR! This is a lie/wrongly-remembered thing that has grown to epic proportions. Urban myth even. So just erase its nonsense form your mind.

BUT, had it been true, think of this scenario as an example of 'innocent events': a man gets a thankful hug from a weeping elderly woman in a bathrobe and curlers, whose cat he just rescued from a tree and her Moonlight Madness lipstick that she’s had caked on since before Adam, rubs on his shirt collar. His wife sees it later and assumes he is having an affair? Yes, maybe…but probably because the guilt of her own infidelities, again, skew her thoughts.
4) See #2) and also, think how easy it would be to slip a note into a wallet when he isn’t looking. Lord knows I used to find things in my purse when my kids were young that I never knew were in there! Even as teenagers, they would use my purse as a ‘hold all’. And I have found notes slipped in my wallet too over the years…usually from my kids…always sweet…and I never once saw them put it there.
5) Now, one may ask ‘why’…why would he lie and be secretive and let Claire believe what she likes and even play up on it with ‘oh, I thought I was being discreet’? Two possible reasons:
a) Maybe Frank likes seeing her jealous. It would somewhat of a soothing balm on sore wounded ego and heart, don’t you think? Claire fell in love with another man, married him and had their child, all while still being married to Frank. Her wearing his ring throughout would be a little comforting, but not as much as having her taste the bitterness of infidelity, even if it’s a falsehood only known to you and…
b)  there is the very real possibility that Frank is still working for British Intelligence as a MI6 agent (007 type secret agent as we see in Diana’s ‘A Leaf on the Wind All Hallows’) and he may just be protecting Claire and Bree as they are Time Travelers and he knows this full well because of what happens to Roger’s father in Hallows. The alarm Franks shows at being called out for his ‘affairs’ by Claire may be his alarm at thinking they had been found by the enemy he is protecting them from…and his saying ‘I thought I was being discreet’ a simple cover up. Better for her to believe that than the truth, which would cause her fear for herself and her daughter.
*This could also explain #4. The note could be a coded message he either didn't see slipped in, or needed to keep.

6) There is no confession. Frank simply writes," I treated Claire badly—or well, depending how one looks at it. I won’t go into the sordid details; leave it that I’m sorry. So there it is, Reg. Hate, jealousy, lying, stealing, unfaithfulness, the lot. Not much to balance it save love. I do love her—love them.". I believe he meant Claire's unfaithfulness and really, how could screwing around on her been seen as 'treating her well', in any way one could look at it? Seems obvious to me. But if that doesn't convince you, then one must remember that 'unfaithful' has other meanings besides 'cheating on a spouse', and in fact, that is listed as the second definition; the first is: 'not faithful; false to duty, obligation, or promises; faithless'. Frank was an honourable man, and he may have felt he was unfaithful in his duty as a good man, a good husband and maybe even a good agent. Worth considering.
*
Hallows proves that Frank is a loyal, loving and kind man and it is exactly his personality to sacrifice himself completely to protect the ones he loves. Even at the cost of letting his love think ill of him. (*And don’t even get me started on how he deeply he fell in love with Claire’s daughter who he made his whole world, despite the fact that looking at her wee Jamie-face must have been a constant reminder of his wife’s betrayal!)


Frank may be the martyr of the story, even bigger than the selfless and loving Jamie, when he sends Claire back to Frank.
And yes...maybe he isn’t.

Maybe Diana isn't' really feeding us all a big ol’ plate of red herrings to enhance the story…maybe he IS the scumbag most people say he is, but with just conjecture and skewed POVs to go on, he should be given a bloody break and not reviled so brutally without solid proof.

You need not agree with me, but all I ask, is for you to not condemn him so quickly (well, that and to take me out for a decent steak and cold beer, but that isn't as important as that condemnation thingy...just letting you know..)

And finally...one last thought: Frank memorized the lines of Claire's hand and would get into trouble for doodling them in the margins of his papers while he was supposed to be working. HE KISSED HER FUCKING HAND AND TOLD HER HE HAD MEMORIZED EACH LINE! 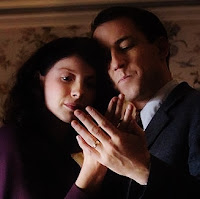 People ... seriously ... is this not the most romantic thing you have ever seen? Does a cheatin' scumdog ratbastard husband do that? I asked Hugh Laurie and he just did this...


For further thoughts I have on Frank, click on the following:
* OUTLANDER NOVELLA 'HALLOWS': A FRANK REVELATION (an in-depth analysis of the real Frank that Hater's will not like *sorry, not sorry)
* FRANKLANDER (re-posted by Diana herself on her own FB page!)
* DEFENDING FRANK: Outlander's Jamie & Frank...2 sides of the same coin?
* OUTLANDER RED HERRINGS AND OCCAM'S RAZOR: FRANK RANDALL 'SAINT OR SINNER'?

*** Non-Frank post that was also reposted by Diana on her FB page:
OUTLANDER: The #Boogate Scandal 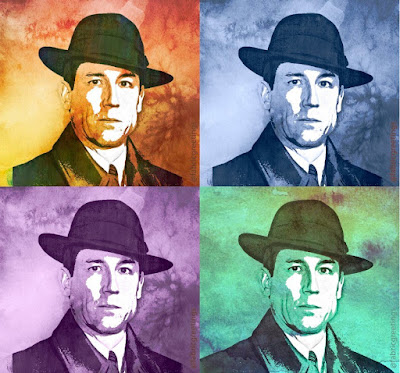