OUTLANDER EPISODE 11: SAMURMURATION and 10 OBSERVATIONS of uncommon depth and perception


The birth of a word.

It is never a small thing.

Those of us who already knew what murmuration was, were ever so pleased to see/hear it start off Ep11. It is a mesmerizing phenomenon of nature, not unlike the word it birthed ‘Samumuration’. 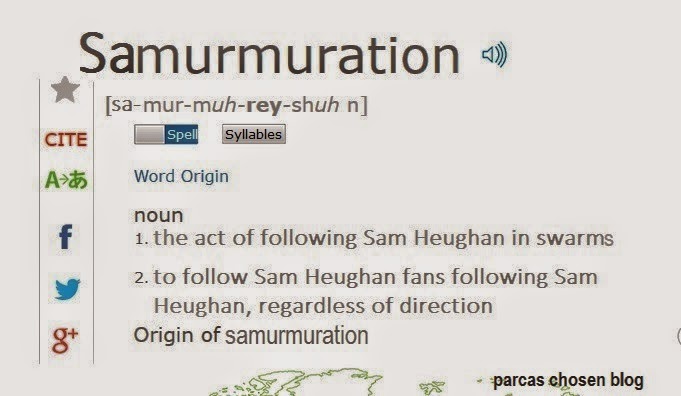 It came to mind when I thought of the modern, and equally mesmerizing phenomenon of how Sam’s fans looked, to one who has the luxury of being madly in love with TVFrank and not TVJamie, and observing from the outside, looking in. Not that I am judging or blaming them, mind you. I am not one to cast stones…as you can see here in this gif of me and Sean Bean *I am the short, round gray one):

Episode 11 has the distinction of being the first episode that I simply cannot criticize with any honest enthusiasm, so I compiled a list to offer you instead:


TEN Episode11 OBSERVATIONS OF UNCOMMON DEPTH AND PERCEPTION*
*There will be no mention of Laoghaire (a.k.a. LegHair). She is dead to me.

1) If you want great hair, spend a night in a cold, dank underground prison of rocks and rats, with no bed and zero toiletries. Out of all the hair-dos Claire has worn, her Docket Do is my favorite thus far. She looks bloody fabulous. If I ever open a beauty salon I am calling it The Thieves’ Hole. Ishityounot. 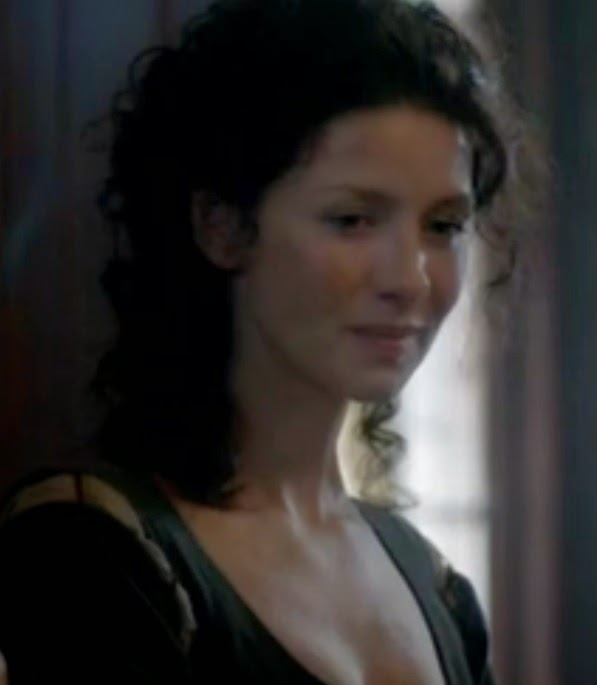 2) If you hire a housekeeper, check her résumé closely to make sure she isn’t an descendant of Atticus Finch or Perry Mason. Whateverthefuckhernameis stood in court for an entire hour pleading her case and didn’t even have notes! I had a housekeeper when my kids were young and it never occurred to me to have her sign a non-disclosure contract and become blood sisters with her to keep my secrets safe. Lesson learned. *I hope she doesn’t watch the show and get ideas…. 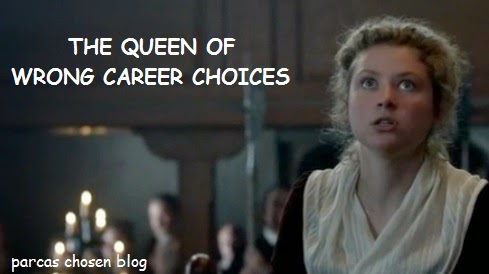 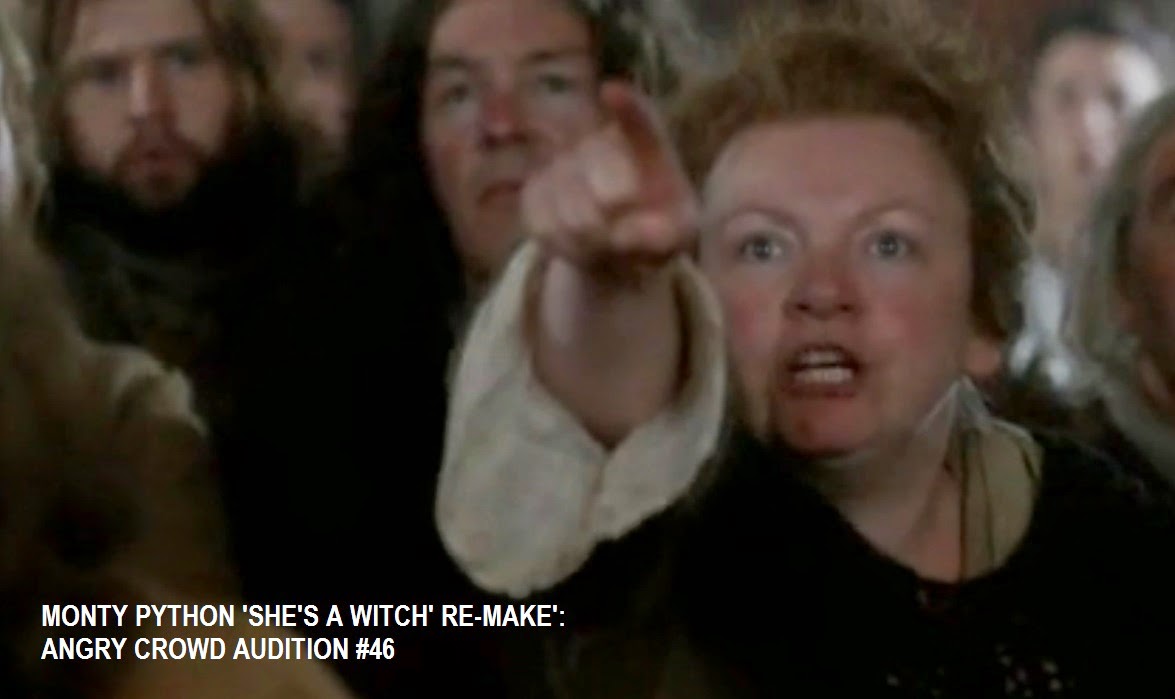 …because of this: BURN THE WITCH!

It was hard not to laugh and lose focus actually, so I paused it, had a good chuckle, and then re-watched the trial where the great acting of Claire, Geillis and Ned brought me back to 'reality'.

4) I want Ned Gowan as my lawyer but not because he is a badass who isn’t afraid to bring out Masters Smith and Wesson to help him win an argument, but because the man ROCKS a lace tie like no other. 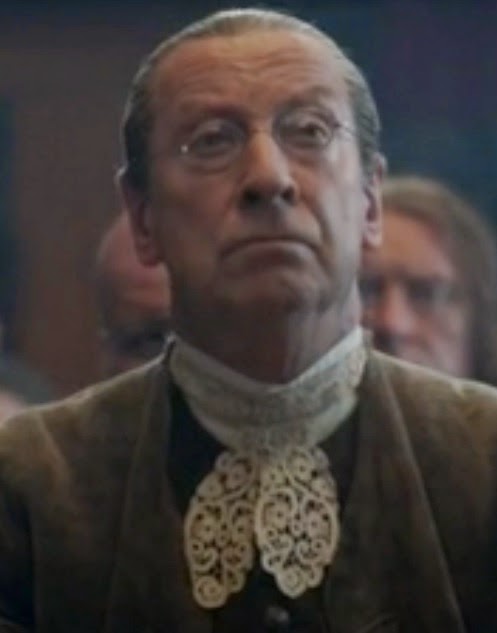 I could help him get used to modern legal practices: 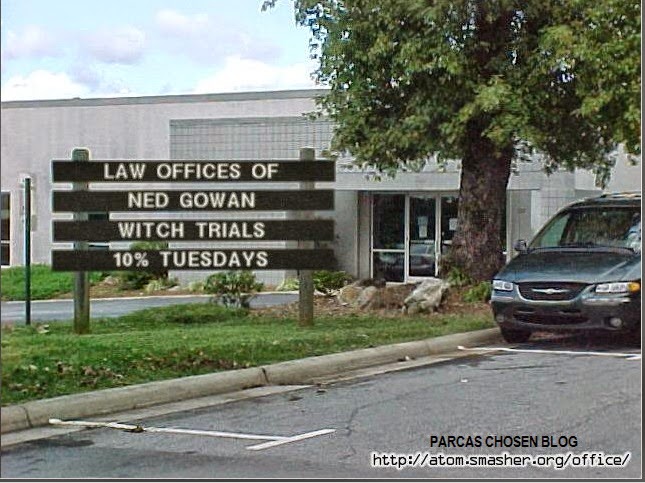 5) We see a wonderful example of Natural Selection at work: the people ducking to get out of the line of fire when Ned waves his gun around will procreate and have their gene pool walk the earth as long as the sun rises and the oceans are wet. The woman just behind them, the nonchalant one who seems alarmingly unconcerned with her sudden exposure to bullets, is destined to have a line that becomes fertilizer. Soon. 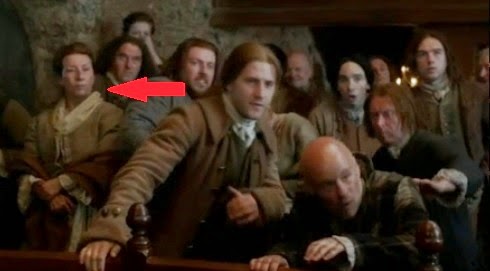 6) Geillis. I am too lazy to Google when BBQ's were invented (the word, I mean) but this did come to mind: 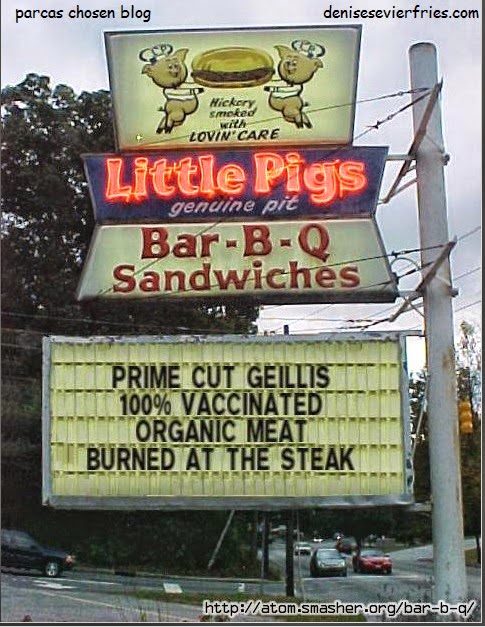 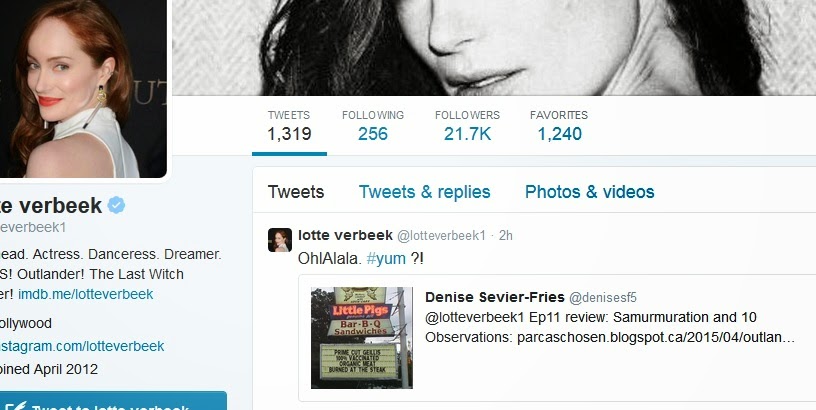 *my other 'generated meme' has become quite popular too, even though I spelled her name wrong
*giggle* 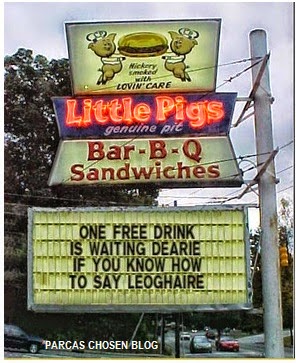 7) Every show needs a Voldemort-look-a-like asshole. It may become a mandatory movie/cable show law. 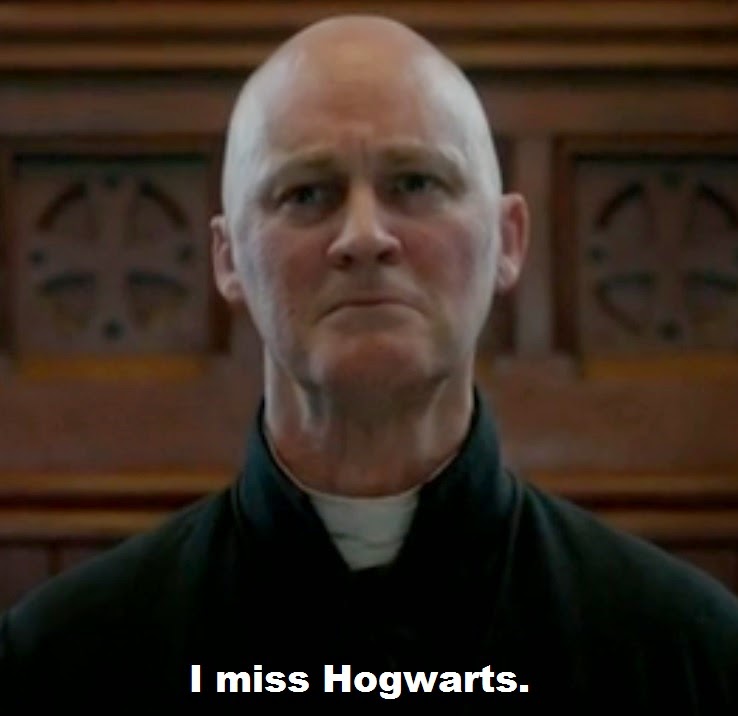 8) Speaking of Hogwarts, the Mark of the Devil looked a little suspect but that could just be my TV: 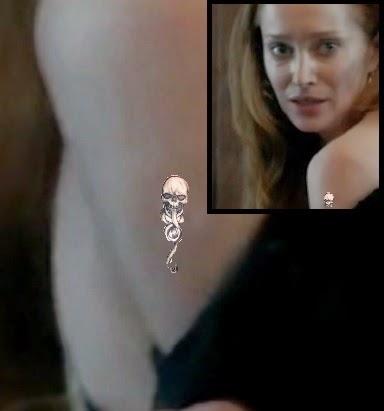 9) Sorry. It was the first thing I saw. Blame too much Cape Ruby. Or not enough? 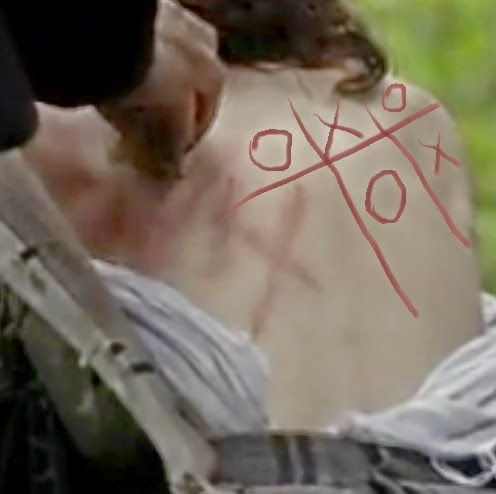 10) If any man wants to get his wife to do something but doesn’t want to come out and demand it, Jamie has shown you the way fellas. A surprise FingerJob and a sincere ‘It’s Your Choice My Love’ will make you a winner EVERY time...
*click to enlarge 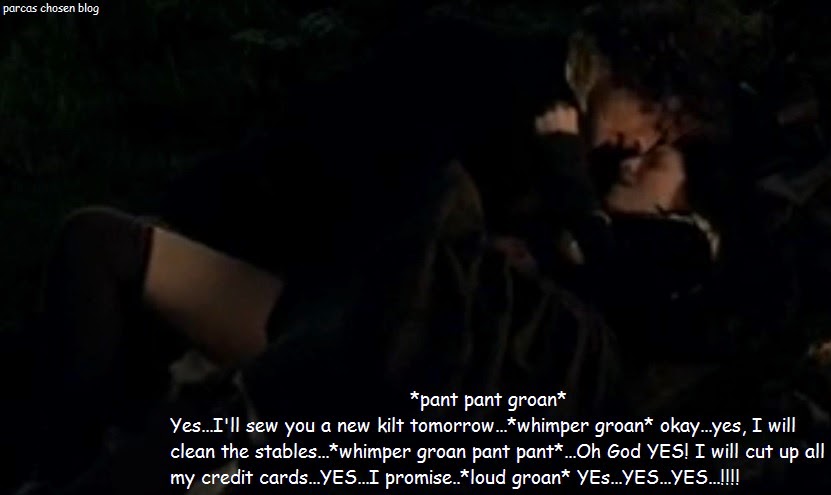 I could make more keen and insightful observations but I have the sudden urge to go speak to my husband...