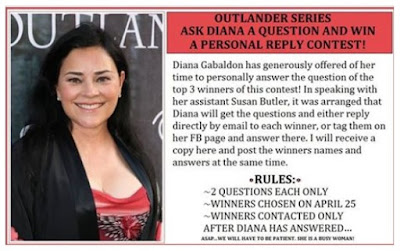 
I want to thank Diana again for her generosity of time and a special thanks to her assistant Susan who was so approachable and helpful. 59,000 HUGS to you both from all the fans on OS! *and my husband thanks her for the last part of Question 3... *wink*
Posted by DeniseSF at 6/17/2016 02:38:00 PM 4 comments: