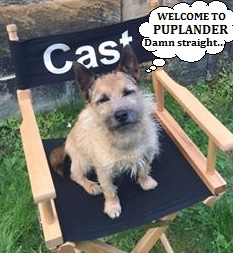 One would think a sweet little dog like Bouton would have no secrets.

1) BOUTON COMES FROM A FAMOUS ACTING FAMILY OF HOLLYWOOD ROYALTY 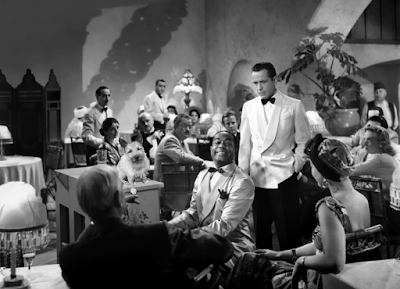 …and is the great-great-grandson of Osgood Stockton Cavanaugh VI (stage-name Knickers) who stole the screen from Clark Gable in 'Gone with the Wind':
Bouton’s wild-child great grandfather, the infamous Osgood Cromwell Cavanaugh V (stage–name Bruce) almost ruined the making of 'The Wizard of Oz' when he rusted out 3 sets of Tin Man costumes by peeing on them, chewed the tail off the costume of the Cowardly Lion and 2 pairs of Ruby Red shoes. He was a heavy drinker and regularly vomited in the Straw Man’s feet. 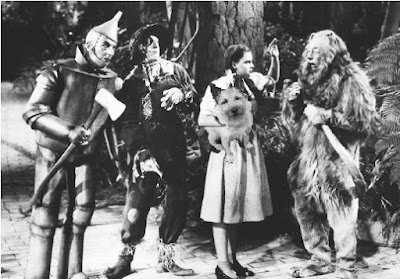 He was kicked off the set but stayed in the Hollywood circle by mating with Ching Ling the poodle of studio mogul, Cecil B. Demille and producing a line of great dog actors, culminating with our very own Bouton.


On the outs since a mysterious pool party incident in Bouton’s Beverly Hills mansion, the cousins do not talk, but their agents are trying to settle details for their joint acting venture in what is rumored to be a classic thriller called
H-Y-D-R-A-N-T.

3) BOUTON AUDITIONED FOR, AND WAS REJECTED FROM, 3 OTHER MAJOR PARTS BEFORE WINNING THIS ROLE 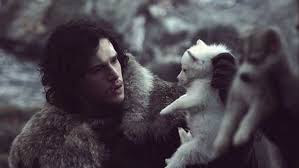 It is said the white spray paint they used for Bouton to play the white Direwolf 'Ghost', made actor Kit Harrington sneeze and break out in hives. Bouton was ousted shortly after filming began. 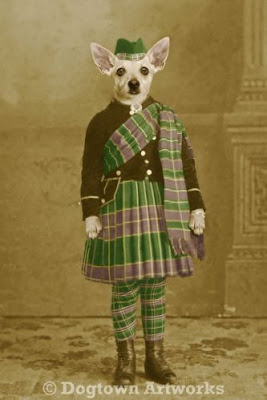 …and he took steroids and hired the iconic make-up artist Flo Snodgrass, Hollywood Legend and dog lover, to help him become Murphy McHarald, the buff, kilted Highland spy in the serial thriller 'Meaty Man Mysteries'…but was deemed TOO meaty: 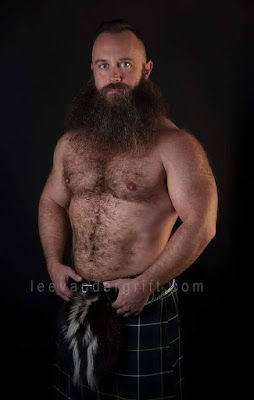 Finally, he resorted to shameless and extreme cuteness and his kilt trick and hair extensions did the trick to secure he role of a lifetime on Outlander: 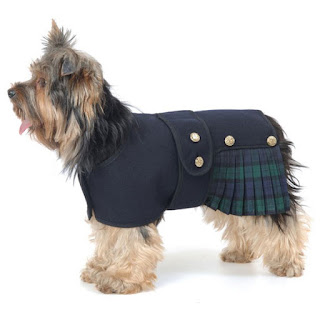 4) BOUTON IS A MUSIC GENIUS

Drawing from his years of cello playing in London, Bouton created, choreographed and organized the album of the century:  Dog Song: Music To Help Your Dog Go To Sleep:

It won the prestigious 'Best Schnauzer Snoozer' award 2 years running, making Bouton the hero of restless puppies everywhere. He also starred in and compiled the youtube hit 'Ultimate Funny Dogs Compilation' where he dressed in costume for every single dog in this clip…which is why he is called the Canine Eddie Murphy:

5) BOUTON IS A SOCIAL MEDIA HOUND

Kanye has had a twitter feud going on with Bouton for months: 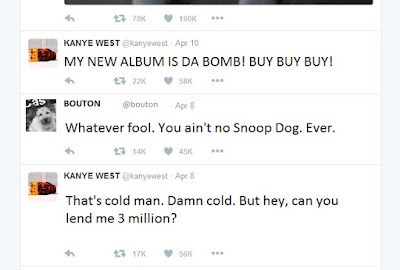 You can find Bouton on the net here:

Starz let leak the shocker that unlike the books by Diana Gabaldon, director Ron Moore is making Bouton come to life as a real man after lapping up the urine (following Claire's example) of a drunk wizard who left a strip-poker party at Master Raymond's store late one night and peed on a lamp post. Bouton morphs into a new character called Benjamin Buttonhole who becomes Jamie’s right hand man as he can sniff out bullshit a mile away, and aids Jamie in knowing who to trust. He also tries to have quickie dog-sex with every leg he sees, much to the delight of Bonnie Prince Charles. *please vote for one of the above actor by dialing
1-800-LEG-HUMP
**personally, I voted for Ewan!

7) HE IS A VICIOUS MANEATER 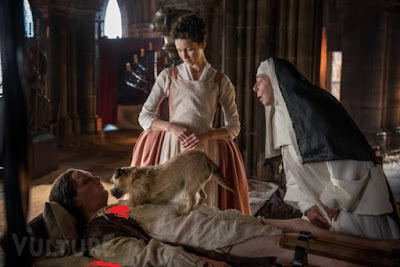 Seen here mauling the chest of his 4th prop, Bouton left 2 extras (human) in hospital before Starz decided to use lifelike mannequins in the hospital scene.*No word about possible fatalities due to a recent gag order by the Courts. Claire and Mother Hildegarde had to be CGI’d into the shot as being too close to Bouton was too dangerous.

Even though his propensity to lunge at throats is well known, producers needed an experienced and ‘cuddly’ dog for the role and chose to take a chance.


Here he is, in a rabbit costume, in the deadly scene of the Bunny Killer in Monty Python’s 'Holy Grail':


Bouton is one sexy mutt. And so says his Hot-Mama of the Moment 'The White Sow' (seen here in her audition profile pic)… 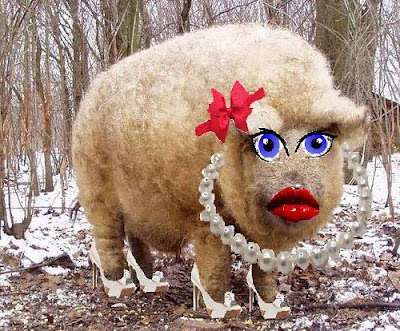 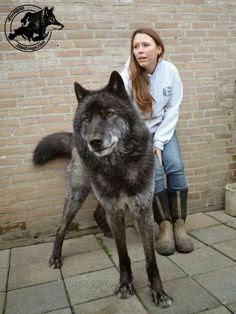 Not just a shipping rumor, Bouton is said to prefer blondes which has the heartsick Rollo (played by transgender dog star 'Kitty Le'Roo') avoiding paparazzi and ducking in and out of therapy sessions with Talk Show Legend turned Dog Whisperer, Oprah Winfrey. **
PLEASE NOTE: some or all of the above article may be the product of an especially spicy bowl of homemade chili and should be read with one's sense of humor in the ON position.
Posted by DeniseSF at 2:24 AM 4 comments: