THINGS THAT MAKE ME GO WTF?: The Unbearable Oddness of Being *PART 1

Do you sometimes watch TV or a movie and find yourself staring, mouth agape and thinking WTF?

Enough to make this a weekly column but let's begin with the ones fresh on my mind.

I just finished the DA marathon on PBS, Season 1 straight through to Season 6...all of it, end to end, and although my eyes are bleeding and I haven't slept for 159 hours, this little niggling thingy needs to be said:

WTF is with Cora's hat in S6 E9? I cannot usually find any fault whatsoever with DA... I am smitten to the nth degree and loved every single moment of it...even that annoying shitforbrains Daisy, but that hat was like nails on a chalkboard. *shiver* It is forgivable, as the show is otherwise Perfection...but still...

Am I the only one who sees Cora's Lisa Simpson hair? 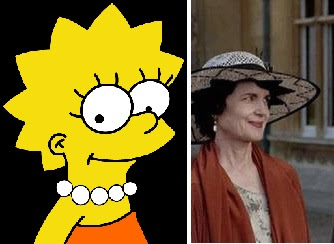 I offer you the proof that the costume department saw this on the screen and shuddered: THIS is the ONLY picture of that hat I could find on the net. It's been tossed...rubbed out...knocked off....it's sleeping with the fishes.

If you haven't seen this commercial, I must warn you, don't be holding anything sharp or hot in your palm, because it WILL be slapping your forehead as your thinking 'WTF?' It is in my TOP 5 STUPIDESTCOMMERCIALS. EVER.


No. You cannot learn everything you need to know about life from a granola bar. Unless, of course, you are tripping on acid and your wise old Grandpa is actually a talking granola bar.
Otherwise, just fuck off.

I am normally not the over-sensitive kind, and can take all kinds of humour, but this Maytag commercial was a big WTF? moment for me. Objectifying any sex seems just so wrong these days. I dunno...but I just felt sad for this actor, who has probably been trying to make in show biz for years and finally got hired, only to act like a THING to be humiliated. It is a cringeworthy sight and I think this guy deserves a bloody good bonus. And free facial reconstruction surgery so he can go out in public again...

What if this was a female actor? Exactly.

The Humanizing of a God. An unexpected and major WTF moment.

The Perfect McHusband, the Scotsman Jamie Fraser, loves his wife so Deeply and Truly, he has singlehandedly reignited more dormant middle-aged libidos, like ancient volcanoes on steroids, for millions upon millions of women around the world. His Devotion, Loyalty and Over50 ego-emboldening love of a 'fine fat arse' and a buxom bosomS is Legend in the Outlander Fandom.

However, the TV series, suffering sever Adaptationitis somehow wrote in a scene (like Outlander's 20 trillion pages didn't have enough storyline already) our Hero cops boobage, willing lead to the Mound Of Sin by its malicious and love-struck teenager LegHair (Laoghaire) and it sent a ripple of horror and angst throughout the Outlander community. The agitated click of knitting needles was deafening!

In an unprecedented Social Media war, sides were chosen and you were either #TeamFallenKing or #TeamJustAGuyThing. I am #TFK and Diana, surprisingly enough, was #TJAGT. This is how we exchanged views on Twitter complete with a T-shirt worthy quote that still makes me say WTF? but in a much more respectful and fangirl-in-awe way. 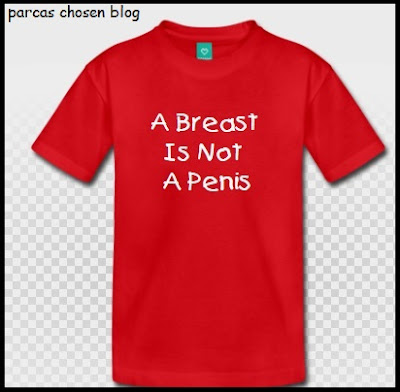 Creepy: blue, zombie/ghost-like guy who is kinda ugly. I have to avert my eyes when this guy comes on the screen. NO eye contact; evil vibe.

Misogynistic: why show 'money working hard for you' as the stereotypical housekeeping/dishwashing/vacuuming Women's Work thing?

So WTF happened to Hugh Bonneville's excellent acting chops in this episode? Lord Grantham's beloved Sybil is dying before his very eyes, and its all his fault, and he looks like he is watching his favorite soccer team tie a match. He seems rather put-out, but hardly frantic or devastated. The dumbass doctor who misdiagnosed her preeclampsia looks far more upset. Maybe HE is Sybil's real dad? Did I miss an episode?


Not since the pairings of Michael Jackson and Lisa Marie Presley, Billy Joel and Christie Brinkley, and Rocky and Bullwinkle, have I ever been so gobsmacked about a couple.

Yes, I know Snoopartha (Dogwart?) aren't a 'thing' (now THAT is a picture in my mind's eye that  I'll need to acid flush out tonight!) but WTF? How in the hell do they even KNOW each other, let alone get all buddy/buddy, Let's-chill-out...?

Okay...Rockey and Bullwinkle makes sense, in a way...they are woodland creatures who fight crime but that's it. The rest are just Whackadoodle Time.

Nuff said for now...look for THINGS THAT MAKE ME GO WTF?: The Unbearable Oddness of Being *PART 2 (click here)

LOVE LETTER TO A FACEBOOK ADMIN or "Hey Mister...Ya Got A Twoonie?"

Ah! The life of a FB admin.

A Chef stirring a stew of humanity so thick it could choke a horse. But with a little salt (read: humour) it is palatable enough. Case in point:


This is a PM (private message) I received on the Face Book forum I run called Outlander Series (the largest at over 65,000 member and BEST Diana Gabaldon Outlander FB fan forum!).

I had to remove (not ban) a member named Nick Perri for asking for piracy links/free TV for free Outlander episodes (a BIG no no) and even though it was an easy-fix situation (a polite PM will 99.9% of the time end up in a re-join), he had his feelings hurt...and let me know. Here is his PM and my reflex action edit of it: 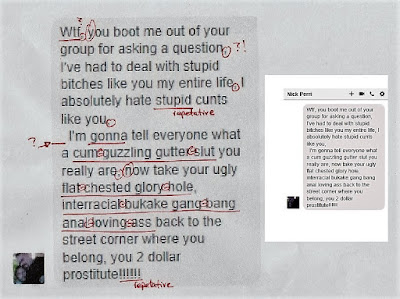 And here is my open letter to him:


I understand that you need to vent now and then but seriously, you could be SO much more effective if you tried a little harder with your private messages on Face Book. Sloppy insults just don’t hit the mark. I KNOW how life-changing and devastating being removed from a book club page can be…like someone ripped a hole in your heart and horked a loogie in it…so I will offer you these sound edits of your message in an attempt to help you make the most of your suffering:
·        Capitalizing your first sentence ‘Wtf’ started well, but you must remember that it is still a sentence, albeit a condensed one, and needs a question mark at the end, not a comma. Capitals are then needed to begin the next sentence.


·        At the end of the second sentence, you used a comma instead of a question mark or exclamation mark. That is just being lazy. You missed a chance to show your rage with a raised fist! See what I did there? Okay…good.


·        “…my entire life, I absolutely…” Run-on sentence/Improper punctuation. Rule of thumb: if you take a breath when talking, it usually means you need punctuation there (either a semicolon or a period). Be aware of your literal voice.


·        Stupid is used twice and then the wrong punctuation is used. Again… laziness. Invest in a Thesaurus.


·        Unnecessary and inconsistent indentations just waste your time in messages like this. It isn’t an essay. Don’t fuss with it.


·        ‘Gonna’ is quaint, but slurring tames the ferocity of the piece like this. Save it for your Gangsta Poem nights.


·        Don’t try to impress with urban slang if your audience is 50plus. It goes over their heads and is lost. I had no idea what bukake was and actually read ‘bunt cake’. Having to stop to look up words weakens the momentum of your righteous fury and dilutes it to a warm piss against the wind, but I must say that you DO pack a lot of information in a very short space.


·        One should stay in sync with one’s previous writing style and your ‘2’ should be written out as two. To be consistent is to know God.


·        Multiple use of exclamation marks is like poking your finger repeatedly on someone’s forehead. Rather than making a point, you distract from it and the reader focuses on them and not what they are trying highlight.
If you embrace these corrections, your next online meltdown will be taken more seriously. I wish you well in all your upcoming assaults on FB admin, online Complaint Departments at Home Depot and Staples and anyone you don't have to face in person. Regards to your spouse and family who are, I assume, in an FBI Witness Protection Program pending your upcoming trial.
No need to thank me for the edit. It's like I always say, proper grammar and a completed Anger Management Program, will help keep you warm in a cold, cold world.
Sincerely,
Denise (a.k.a. Grandma Gutter Slut. Destined to be a password. My sister and I almost busted a gut laughing at that one... so seriously, it's a keeper...)